A couple of League Two away days to consider 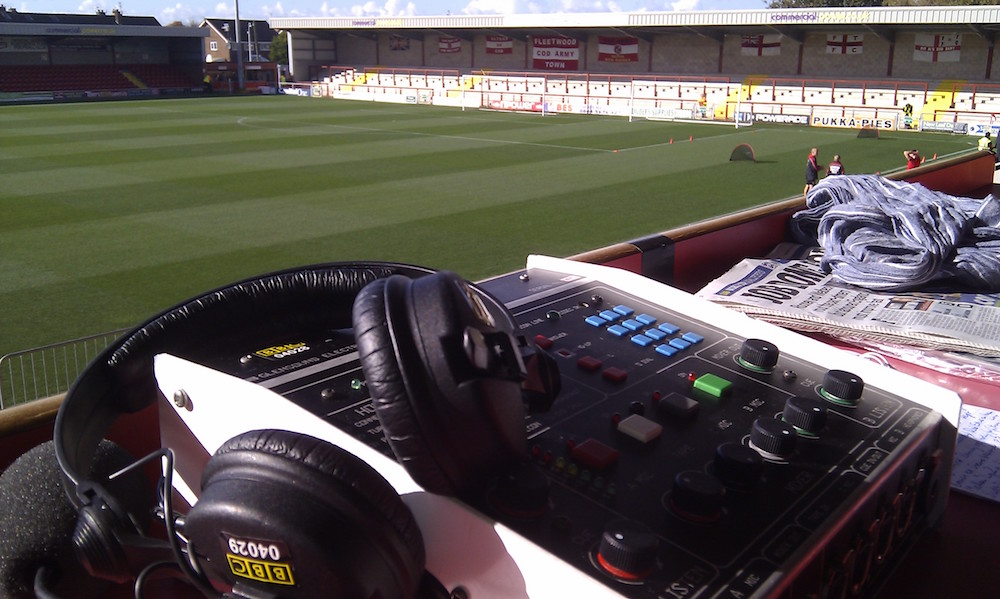 I ticked off two football grounds in October that I had not visited before and was glad I did. With the international break affecting Premier League and Championship fixtures at the start of the month, I was slated to cover Fleetwood Town v Wycombe Wanderers at the Highbury Stadium for BBC Radio Five Live.

It is a town better known for fishing than football but since winning promotion last season, the Cod Army are enjoying their first year in the Football League. They could even make a push for a second successive promotion after an encouraging start to the campaign.

It’s an attractive stadium dominated by a giant new stand and a balmy autumn afternoon made it an enjoyable trip to the Fylde coast. Unfortunately for the locals, visitors Wycombe scored a first half goal and clung on to win one nil. For clubs in the Championship and above, Blackpool is the popular away day and neighbouring Fleetwood may well come to rival it as an appealing destination for lower league fans following their team on the road.

I can also recommend Rotherham United’s New York Stadium. I watched the Millers beat Morecambe 2-1 in October. They have been in exile for a few years playing their home games at Sheffield’s Don Valley Stadium, but are back home now at a new ground right in the centre of the town.

Rotherham has been hard hit by the economic downturn and hardly felt the benefits of the boom years before that. Not only is the New York Stadium a fine venue in which to watch football with a vibrant atmosphere in its fully enclosed bowl, but the central location might just help revive Rotherham’s flagging town centre. So, two new grounds for League Two football fans to bear in mind. Give them a try, you won’t be disappointed.